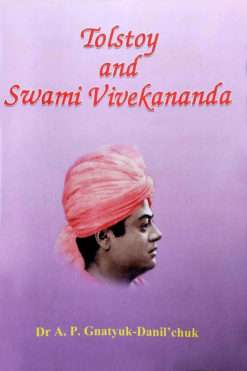 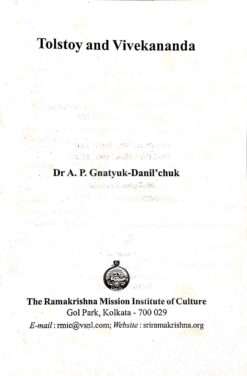 Dr. A. P. Gnatyuk-Danil’chuk, Professor of Bengali Language and Literature, Moscow University, gave a lecture in Bengali on Tolstoy and Vivekananda at the Institute in December 1985, which was highly appreciated by the audience. An English version of this lecture (Translation: Mr. Harish C. Gupta) appeared in the March and April 1986 issues of the Institute’s Bulletin. It is now brought out in the form of booklet for the benefit of the larger public.

Be the first to review “Tolstoy and Swami Vivekananda” Cancel reply