NOTICE : Standard delivery can be delayed up to 2 weeks due to COVID-19 pandemic.
Dispatch to Maharashtra has been temporarily suspended until further notice. Dismiss 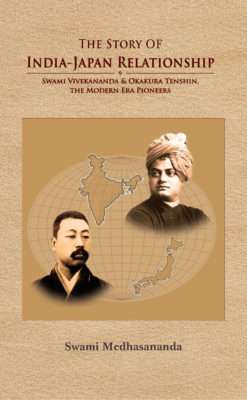 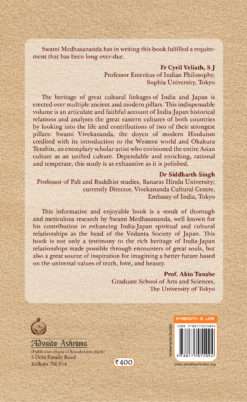 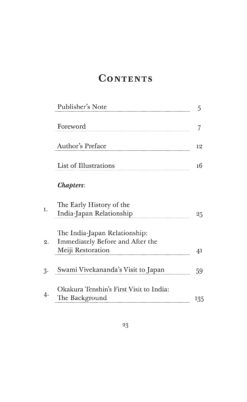 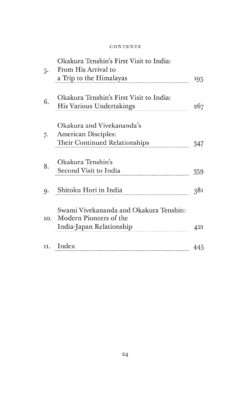 The Story of India-Japan Relationship

“The Story of India-Japan Relationship: (Swami Vivekananda & Okakura Tenshin, The Modern Era Pioneers)” by Swami Medhasananda is Advaita Ashrama’s publication. The book mainly deals with Swami Vivekananda and Okakura Tenshin, their meetings and mutual influences, and making this the ground, the author explores the story of Indo-Japan relationship.

The relationship between India and Japan has been an ancient one. It is well known that India’s impact on Japan has been through Buddhism and Hinduism. Swami Vivekananda was a staunch admirer of Japan for various reasons, and so was Okakura an ardent admirer of India. The study of their chemistry makes for an illuminating understanding of Indo-Japan relationship, especially in the nineteenth and early-twentieth-century contexts.

• An account of the historical relationship between India and Japan (earliest records to the end of the nineteenth century)
• The impact of India’s culture on Japan
• A brief account of Swami Vivekananda’s (Swamiji) life
• A brief account of Okakura Tenshin’s life, the illustrious artist, art critic, art historian, and exponent of Japanese culture of the late nineteenth and early twentieth centuries.
• A brief outline of Mrs. Ole Bull’s life, Swamiji’s American disciple.
• A brief outline of Miss Josephine MacLeod’s life, Swamiji’s American disciple.
• A brief account of Sister Nivedita’s (Margaret Noble) life, Swamiji’s Irish disciple.
• A brief sketch of Japan’s transformation from a medieval country to a modern nation
• Indian visitors to Japan prior to Swamiji’s visit
• An account of Swamiji’s sojourn to Japan – His impressions of the country
• Japanese visitors to India prior to Okakura Tenshin’s visit
• The visit of Okakura Tenshin to India, and its background
• Okakura’s meeting with Swamiji and their joint pilgrimage
• Accounts of Okakura’s several sightseeing trips in India
• Okakura meets Nivedita: Her role in editing Okakura’s ‘Ideals of the East’, and their joint roles in Indian nationalist movements
• Prospect of Swamiji’s second visit to Japan
• Personalities of Swami Vivekananda and Okakura Tenshin compared
• The Nivedita/Okakura relationship – an appraisal
• Okakura’s relationship with Rabindranath Tagore, Surendranath Tagore and Abanindranath Tagore
• Okakura’s continued relationship with Mrs. Ole Bull
• Okakura’s second visit to India and sightseeing and training of budding Indian artists
• An account of Shitoku Hori, a young Buddhist spiritual neophyte, and his long stay at Belur Math with Swamiji. Then his extended stay at Shantiniketan, where Rabindranath Tagore established a residential school to implement his ideas of education in the lap of nature. He also accompanied Okakura during his first visit to India.
• What Japanese are expected to learn from India and Swamiji – Indian-ness explained
• What Indians are expected to learn from Japan