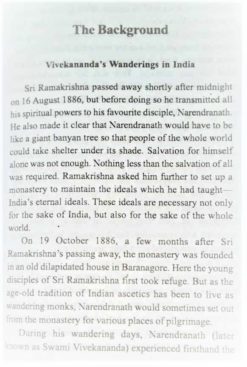 We all know of Swami Vivekananda’s success at the Parliament of Religions in Chicago and the warmth with which the country received him when he returned. This marked the beginning of the country’s rejuvenation in every way.According to C.Rajagopalachari.’But for him we would have lost our religion and would not have gained our freedom’.