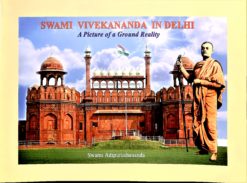 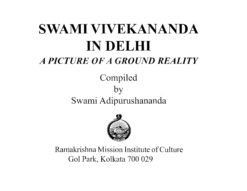 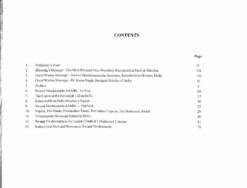 Swami Vivekananda in Delhi-A Picture of a Ground Reality

Swami Vivekananda had stayed in Delhi twice, once before his journey to the West, and once after. The first stay was in January,1891; the second , in November,1897.The first stay , when he was a wandering monk, was at the abode of Shyamaldas Seth;the second stay after his triumphant return from the West,was at the home of the humble disciple Natakrishna,also called Natukrishna.The first time he stayed in Delhi,he went by the name Swami Vividishananda;the second time it was Swami Vivekananda. His stays probably spanned about one month.The first stay lasted from the final days of January to the middle days of February over 3weeks, and the second lasted for 4/5 days. In his wandering days, after spending a few months in Meerut,Swamiji grew increasingly restless with a thirst for abslute fredom like all-renouncing sadhus. His Inner Voice continuously urged him to take up a life of complete solitude- so that he could mould and prepare himself for the great mission  that lay ahead. There are some saints who live far from  the madding crowd, beyond the pale of commonality. Swamiji, being of such mind, decided to embrace solitude for the ultimate benefit of the multitude. To his brothers he said,” The mission of my life has been decided Nowonwards, I will be a loner. You must forsake me. “He said, “The attachment between brothers is attachment too, it is rather an attachment stronge than any other.”- Perhaps he had received guidance regarding his prospect and plan from Sri Ramakrishna Dev. From Meerut, Swamiji came to Delhi.