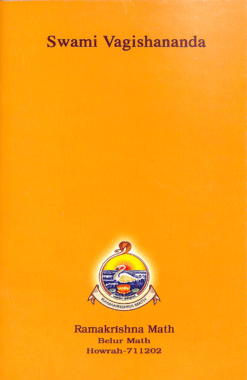 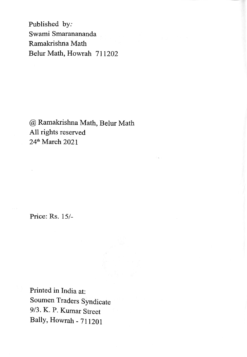 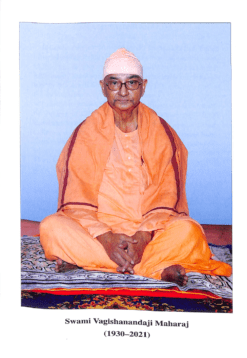 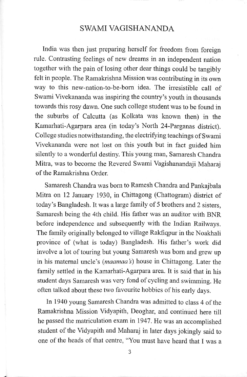 This is a short life-sketch of Most Rev. Vice President Swami Vagishanandaji Maharaj published by Ramakrishna Math, Belur Math on 24th March 2021 in connection with the Mahasamadhi of Rev. Maharaj.

Swami Vagishanandaji was born in Chittagong, Bangladesh, on 12 January 1930. An initiated disciple of Swami Shankaranandaji Maharaj, he joined the order at Saradapitha centre in 1954 and received sannyasa diksha from Swami Vishuddhanandaji Maharaj in 1962.

He served the order at the Institute of Culture, Gol Park, (as an assistant), Ranchi Morabadi centre (first as an assistant and later as the head), and Malda, Kamarpukur, Mumbai and Cossipore centres as the head. He also actively participated in East Pakistan (Bangladesh) migrant relief work in North 24-Parganas district for six months in 1970.

He started his spiritual ministration in 2011 by giving mantra diksha (spiritual initiation) to devotees. In subsequent years, thousands of devotees in different parts of the country received mantra diksha from him. He also visited at different times Bangladesh, Nepal, Mauritius and Japan.

Revered Maharaj had been suffering from old-age-related ailments for the past few years. On 1 March he was admitted to Seva Pratishthan and was kept under expert medical care. Gradually his condition became critical and, despite best available medical treatment, the end came on 12 March 2021. Revered Maharaj passed away at 7.10 pm, at Seva Pratishthan, Kolkata, due to a massive heart attack. He was 91.

The devotees have lost in him a loving spiritual guide whose understanding, affection and sympathy were an invaluable asset to them.