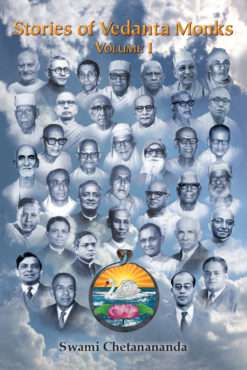 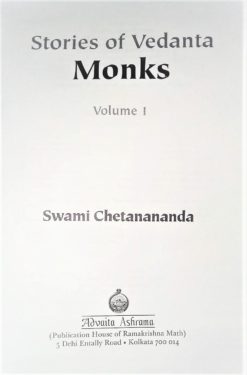 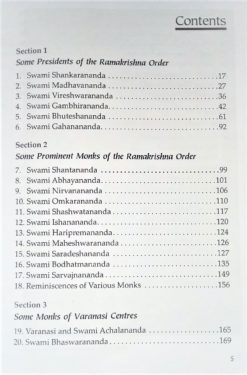 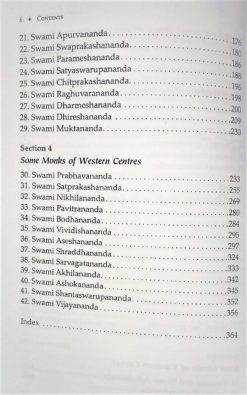 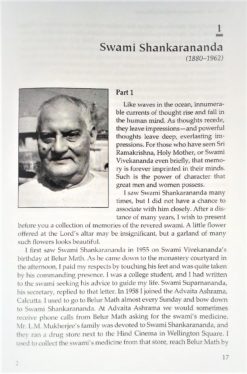 In and through the life events of these monks, we find brahmavidya (Knowledge of Brahman) pervading their thoughts, speech, and actions in so many ways. The behavioural standards set by them and sacred traditions followed in the Ramakrishna monasteries also stand revealed. When carefully protected and passed on to the next generation, it is these living traditions and practices that become the conduit for the spiritual force and Divine knowledge that emanated from Sri Ramakrishna to pass on and enrich one and all.

This is volume 1 of the reminiscences and is a translation of the Bengali title ‘Prachin Sadhuder Katha – Vol. 1‘.

This title is available for sale in the Indian sub-continent only. Others may purchase this title from the Vedanta Society of St.Louis website (https://www.vedantastl.org/). 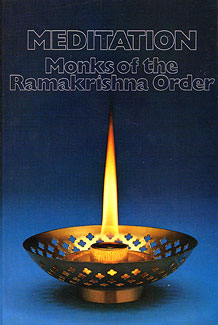 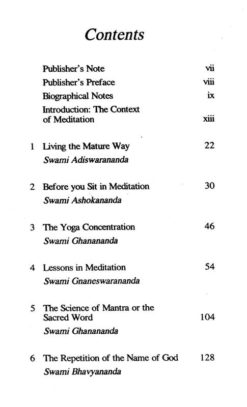 Meditation: Monks of the Ramakrishna Order 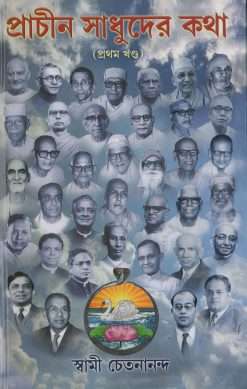 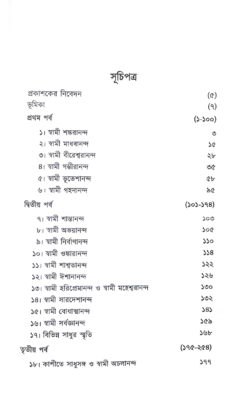 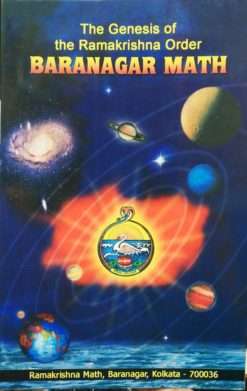 Baranagar Math – The Genesis of the Ramakrishna Order