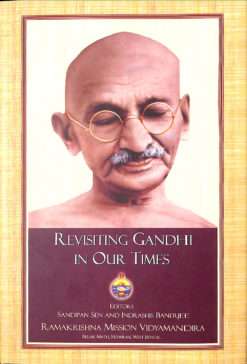 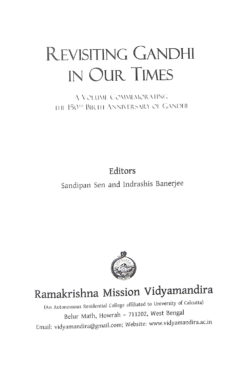 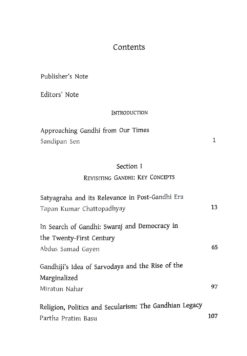 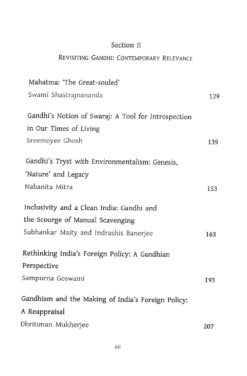 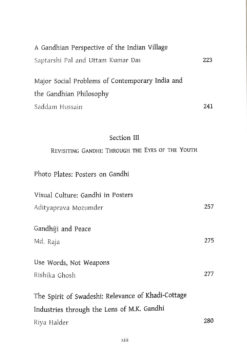 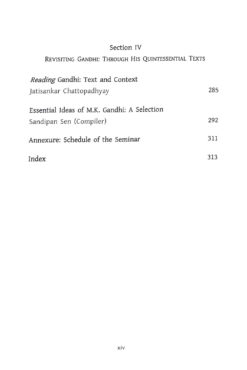 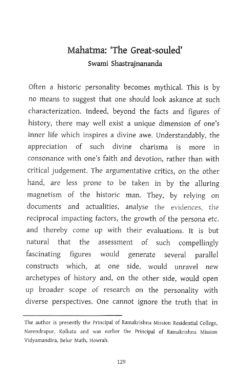 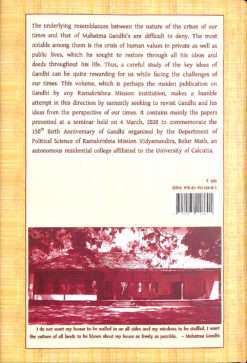 Revisiting Gandhi In Our Times

The underlying resemblances between the nature of the crises of our times and that of Mahatma Gandhi’s are difficult to deny. The most notable among them is the crisis of human values in private as well as public lives, which he sought to restore through all his ideas and deeds throughout his life. thus, a careful study of the key ideas of Gandhi can be quite rewarding for us while facing the challenges of our times. This volume, which is perhaps the maiden publication on Gandhi by any Ramakrishna Mission Institution, makes a humble attempt in this direction by earnestly seeking to revisit Gandhi and his ideas from the perspective of our times. It contains mainly the papers presented at a seminar held on 4th March 2020 to commemorate the 150th Birth Anniversary of Gandhi organized by the Department of Political Science of Ramakrishna Mission Vidyamandira, Belur Math, an autonomous residential college affiliated to the University of Calcutta.

1 review for Revisiting Gandhi In Our Times